Our first impressions of Ori and the Blind Forest was that it was a cute platform game with amazing graphics that would give me and my boyfriend a smooth feel-good story to play.

Ori is a white little guardian spirit that you control in a open 2D world. It’s a platform game with RPG elements. The prologue is very emotional but we will not spoil everything for you guys that perhaps haven’t had the chance to play this amazing game yet. The first thing that strike us is the beautiful hand-painted graphics and animations, it’s magical! Also the music, sounds and voices are really well done.

The story starts a stormy evening when Ori falls from the Spirit Tree in Nibel Forest. He is found by a creature named Naru that adopts him. A cataclysmic event soon makes the forest and its food supply wither. Ori starts to explore the forest and later meets Sein, a spirit-light who guides Ori on his adventure.  In order to restore the forest, Ori needs to recover the light of three main elements supporting the balance of Nibel: Waters, Winds and Warmth.

The following main story gives you both puzzles to solve and fast-paced platform action that challenges your gamepad-skills! The puzzles are fun and innovative, giving us natural breaks in the game. Me and my boyfriend took turns to play, and that was good, because there were several moments when we both screamed with frustration, when we for the thirtieth time failed Ori on a fast paced escape-or-die sequence! It’s hard, I mean REALLY HARD sometimes, and you have to do the same sequence over and over again until you would be able to master it in your sleep. Still the game kept us interested and we didn’t want anything more than to get Ori out of there, and move forward in the game’s story.

The map system reminded us of Super Metroid with it’s gridded appearance. The map also featured classic shaded areas where we hadn’t visited making it easy to explore. But besides the map, several hidden rooms are accessible via walk-through-walls and levers, where you can find special items. These are NOT displayed on the map! So make sure to scout every corner of the world if you’re a completionist 😉 The player helps Ori collect health shards, energy shards, new abilities, and upgrades. The ability setup also reminded us of Super Metroid when giving us access to new areas through new abilities. Yes, you needed to back-track but it never took so much time and we were still eager to find out what was hidden in those locked areas. Be careful though, for 100% map completion (which also carries an achievement) you need to unlock some parts of the map when you are there, some areas get closed so you can’t go back (like for example the Forlorn Ruins).

In addition to save points scattered around the world you can create soul links at any time by using special blue shards collected during the game. Saving didn’t actually work as it should for us…. 😦  Two times we started up the game realising that the last 30 minutes we played wasn’t saved. I don’t know what happened, but I guess that my Xbox profile logged out or something, even though I use cable and not wifi for my Xbox One? Annoying!

We also found two easter eggs! 🙂 But maybe there are more? We saw the Triforce from Zelda carved into a tree and the plumber pipes from Super Mario Bros on the bottom of a lake. I love how they do references to other games like this! 🙂

The game was ridiculously hard sometimes, but overall it was a really good adventure platform game with likeable characters, fun gameplay and beautiful graphics. Thumbs up!

Just look at how pretty it is! 😀 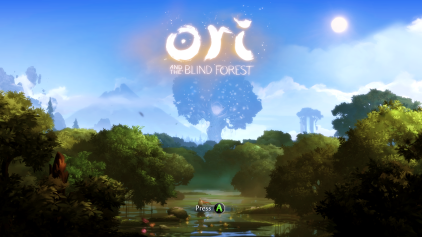 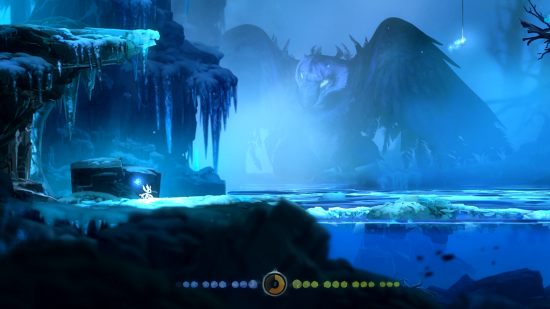 Watch out for lasers! 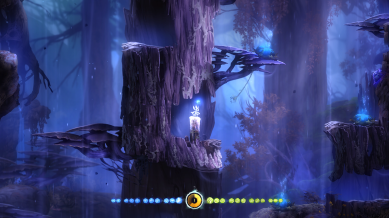 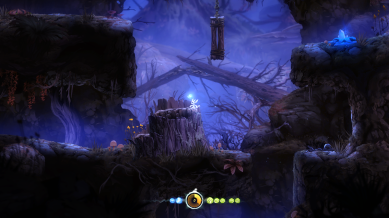 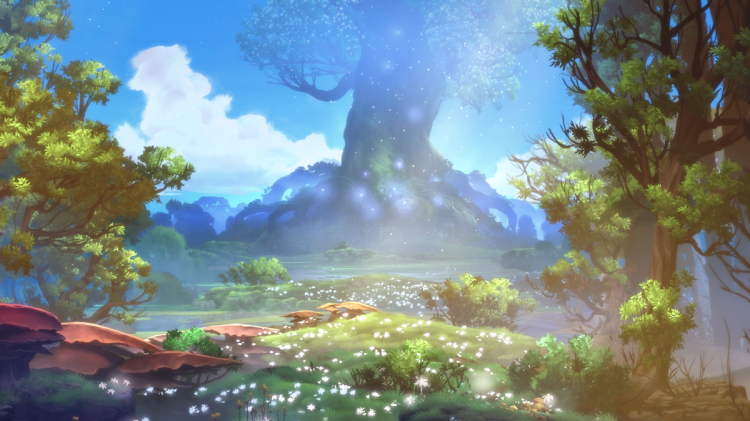 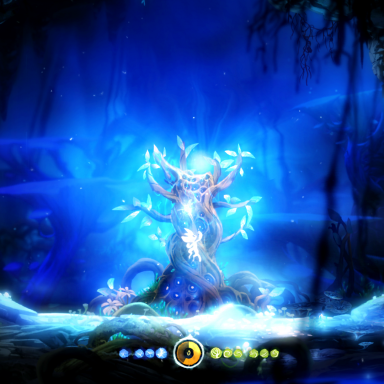