There’s been a lot of hype leading up the the release of The Division. Such awesome graphics, such cool realism, such amazing gameplay. I didn’t buy it straight away though, I wasn’t sure what to expect. When I had finally downloaded it and started playing my first thought was “this looks interesting”. For example the innovative way of creating your character by having them look in a car window, it just felt so natural and it was cool! I also enjoyed how things felt unique, you didn’t see the same patterns or the same objects re-appear in every corner. All the buildings and sceneries were unique.

However, when I started playing the missions I eventually asked myself “what is it about?”. What is the purpose of the game? It’s not like Destiny in my opinion. Sure there’s a lot of cool matchmaking opportunities to play with friends or randoms. I have my friends that I’ve been playing it through with though, but at the end of the last mission I still didn’t understand what the hell was going on?! Maybe it’s just bad story telling, or maybe I’m just lazy. You’ve been picking up intel all along the way in the form of cell phone recordings, files and echoes, but to understand what’s going on you would have to go through your inventory and read through each and every one of them once you’ve collected them all to kind of try and piece the story together.. It feels just like the grimoire cards in Destiny (which I never cared for), but here the whole game is based on this! No cutscenes explaining anything. Sure you get like 5 videos unlocked through intel, but YOU have to go into your menu to see them, and still, they don’t tell you much, except that there’s a particular virus that has spread.. But some questions remain unanswered to me… who am I? Who are the Division? Who are we fighting? What’s going on? My friend who had paid closer attention to everything had to explain it all to me once it was over.. 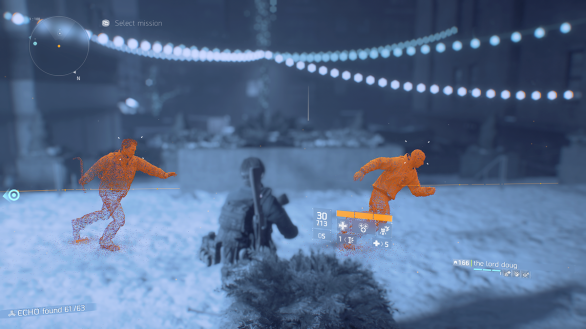 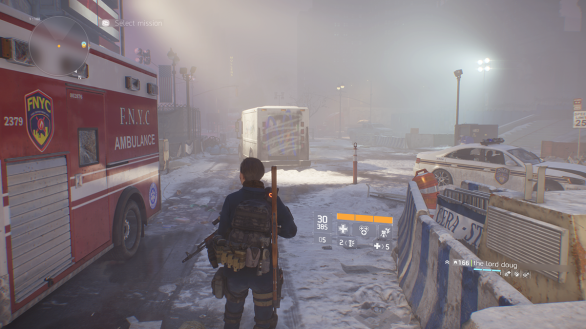 So once the story was finished what is there left to do? As the achievement hunter I am I wanted to finish collecting all the intel, and then there’s the last couple of achievements bound to the Dark Zone. Kill a rogue, kill some more rogues. Once I’m done with all the achievements I don’t see why I should continue playing The Division? A lot of people do though. They go on, scavenging in the Dead Zone, striving to get better gear, some better guns, and for what? Preparing for upcoming content? This week they released an update of 4GB, a new mission, a raid? What’s the rewards? Better gear! Better guns! Then what?

To me it feels kind of pointless and repetetive. I enjoyed The Division at times, but it also annoyed me sometimes, for example all the chest-high-walls like in Gears of War where you can’t seem to let go of that car door no matter what button you press! Struggling to get out from the line of fire and accidentally pressing a button that makes you jump over the chest-high-wall and get you in even more imminent danger >_< It can be frustrating, but the game was also fun, while it had a purpose!

I do understand that a lot of people value the amount the hours that can be put into a game and want it to be maximised. Personally I’d rather feel like I can finish something, be done with it, and move on to a new game and new experiences. There’s so many friends that keep playing The Division right now, and I don’t understand what drives them. Are you one of them? Is it to get your moneys worth for the game? Or did I miss something?

What drives you to continue playing a game like The Division?

3 thoughts on “Why should I keep playing The Division?”