Some time ago I saw Batman vs Superman Dawn of Justice and it got me thinking about all these Superhero movies and series. Marvel vs DC comics, which one is the best?

First of all the first hero I got in touch with was Tim Burton’s Batman from 1989 (not entirely true, the first was my grandpas favorite the Phantom but this post isn’t about him). I’ve never meet anyone who doesn’t like Batman(!). DC comics did something fantastic there! The two first Tim Burton movies are great. Those that followed 1995 and 1997 with Robin, the Riddle and Poison Ivy, not so great, in fact horrible. The DC world doesn’t work great with too much color, it’s supposed to be black, dark and super depressing. Christopher Nolan’s Dark Knight trilogy is awesome, Christian Bale is superb as Batman and who can forget Heath Ledger as the Joker?!?! I know I can’t, NIGHTMARES! That joker is in my super villain team! (Jared Leto won’t be. I haven’t even seen suicide squad jet but I just know he wont beat Ledger’s Joker)

Superman, I didn’t like him then and I don’t like him now. He is boring, he has too much power and one ultimate big Achilles heal, the kryptonite. Super power and worthless nothing in between, so boring. He sucks, all the movies about him suck. I cant even remember actors, directors or anything about the Superman movie universe.

When I first heard about the Batman vs Superman movie I got all excited (not as excited as Marvel gets me) and thought that this will be interesting. Closer to the premiere I started to think more about it. About who I thought would win, I cheered for Batman but then I realized that he is just a human with no super power. He wont stand a chance against an alien as Superman. BUT then we have kryptonite… all the excitement was gone, now I knew who would win and how. 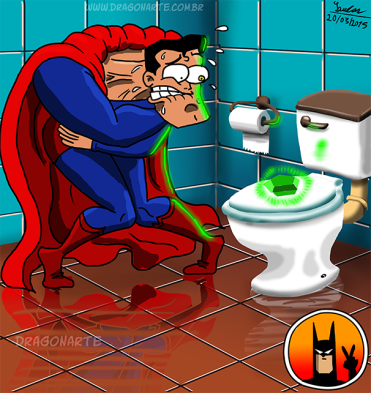 So why did I see the movie? To be honest, it was only because I didn’t want to be left outside the discussions regarding the movie… This movie sucks!

This post was supposed to be about so much more, DC vs Marvel, more superheroes, series like the flash and Arrow, more series like Agent Carter, Captain America vs Iron man, more Marvel, maybe X-men and not just about Batman VS Superman. All this will be too much in one post though. Hopefully I can straighten out all my thoughts about this to something readable soon 😉

One thought on “Who’s side are you on? Batman vs Superman”