The last couple of years I’ve had a hard time picking up first person adventure games or even fps games. They’re usually just to large and to tedious to explore with a bunch of boring grinding. The FarCry series have been one of the few I try out occasionally, since they’re witty and well made, but ever since the last game in the series came out I just got bored. I didn’t like the rural setting in the US, I preferred the exotic places of the previous games.
But then I found Journey to the Savage Planet! Exotic, adventurous and hilarious! At first sight in the Microsoft Store the cover art of Journey to the Savage Planet enticed me! It reminded me of old-school 3D adventure games and just shouted “FUN” with its bright colours and weird creatures 😀 I was still sceptical to wether I would actually fulfil a first-person adventure game since I have mostly been playing small 2D retro-inspired games lately, but as soon as I started the adventure I was hooked! I played 5 hours straight the first evening, until 2pm at night XD (Which is unusual now a days when I have a 2-year old draining my energy ;D )

Journey to the Savage Planet – Choose your character 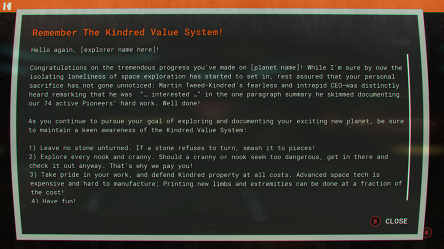 Everything from choosing your character, reading the messages your employer Kindred is sending you to waking up in your broken space shuttle listening to a quirky and brutally honest AI is hilarous! I love the raw sense of humour that they’ve managed to incorporate seamlessly into every aspect of the game! 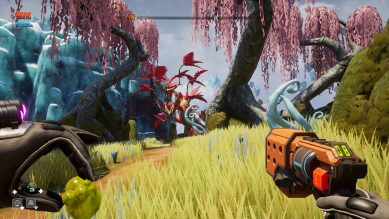 eh.. not that impressing ey? XD

Love me some precision jumping! 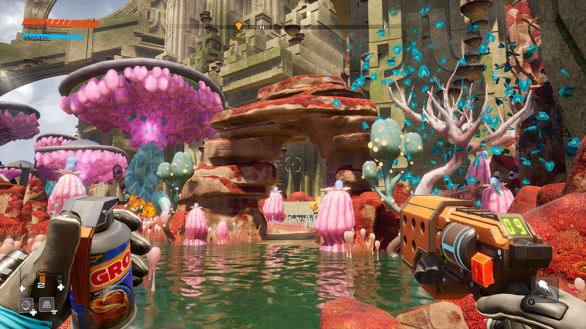 I can definitely get up there! 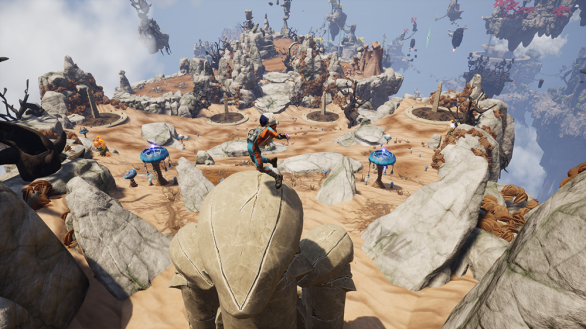 And then there’s the environments ❤ So pretty! And so much to explore! For the first time in years I found it really enjoyable to explore, it didn’t feel like a chore like in many other games, it was pure fun! You can interact with so many things and creatures, and you constantly have that rude.. sorry “straightforward” AI following you around on your journey, commenting on everything you do and anything you encounter 😀 Hilarious!

Apart from shooting you also gain materials you can use in various ways, like goo that helps you bounce or venomous plant bombs you can throw. You also have a scanner so that you can scan the environment and creatures you encounter. The thing is you’re supposed to have been sent to an uninhabited planet that could be suitable for human colonisation, but then you encounter unknown alien structures… 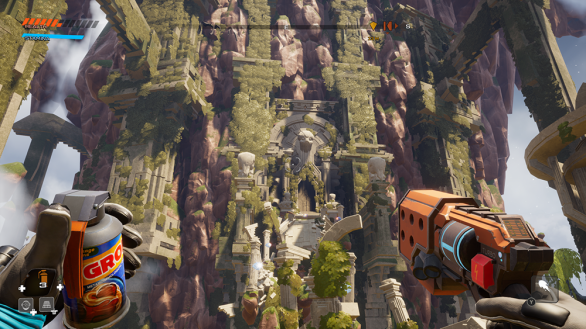 I haven’t had this much fun exploring in a 3D first person adventure game in a looooong time! I strongly recommend it 🙂 It even has a co-op feature! Available on both Xbox One, Playstation 4 and Nintendo Switch 🙂 You won’t regret it, it’s just so much FUN! 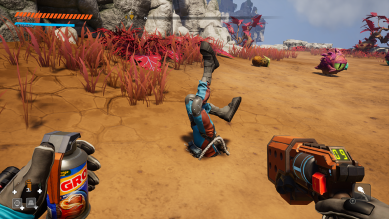