Halloween is upon us and it’s time to bring out the spooky and scary games!  I remember a game back on the original Xbox that scared the shit out of me back then! Psychos, gore and zombies don’t usually scare me but anything supernatural, preferably from the spirit world, is just scary as hell to me! I think it has something to do with the unexplainable and that there’s no apparent way to beat it. I mean, if you meet a killer you just have to outsmart them, but if you meet a ghost how are you supposed to kill it? It’s already dead!!!

Anyway, I would like to talk about a game called Project Zero. This game comes from Japan and I’m not surprised. I was very much into Japanese horror films, mainly because they were so different. People weren’t stupid, they turned the lights on if the room was dark and they acted like normal human beings would in scary situations, as opposed to the stupid teenage horror flicks from America. Scary shit would happen in broad daylight as well! Also most Japanese horror movies were about supernatural unexplainable things happening. Mainly ghosts, with a vengeance! Movies like The Ring (Ringu), The Grudge (Ju-On) and many others were just terrifying when I first came across the Japanese horror genre. And so was this game…

Project Zero is also known as Fatal Frame in the US, but was called Project Zero here in Europe, as in Japan. The game is a survival horror game and you play as a female protagonist called Miku Hinasaki, in search of her brother. What makes this game different from other horror games, such as Silent Hill games or the Resident Evil series is that you have no weapons, and all you’re fighting is supernatural beings. You do have one thing to capture these ghosts with though, and it’s a camera called Camera Obscura. Just imagine, you enter a room and all of a sudden 3 ghosts appear, moaning and growling and looking quite angry they all approach you quickly, you fumble for the button to activate your camera mode, you have to zoom in and focus on the ugly scary-as-fuck faces of the ghosts, and *click*… manage to take a good enough picture of each ghost to capture them in the camera. All of this while they are moving towards you and you being scared as shit, contemplating whether this is the end, this is where you’ll be game over. This is pure horror. You really have to face the horror, literally.

For me at least, this is one of the scariest games I’ve encountered. If you’re more scared of zombies though and don’t have a fear for the super natural whatsoever, then maybe Resident Evil is more your thing. But I recommend this series, I’ve only played the old Xbox version, but there has been 5 games released in this series for various platforms, like for PS2, PSN, 3DS, Wii and Wii U. So if you find a copy, I recommend playing it for this Halloween ^_^

I need to find a friend who will play it with me.. I’m too chicken to finish it by myself >_< 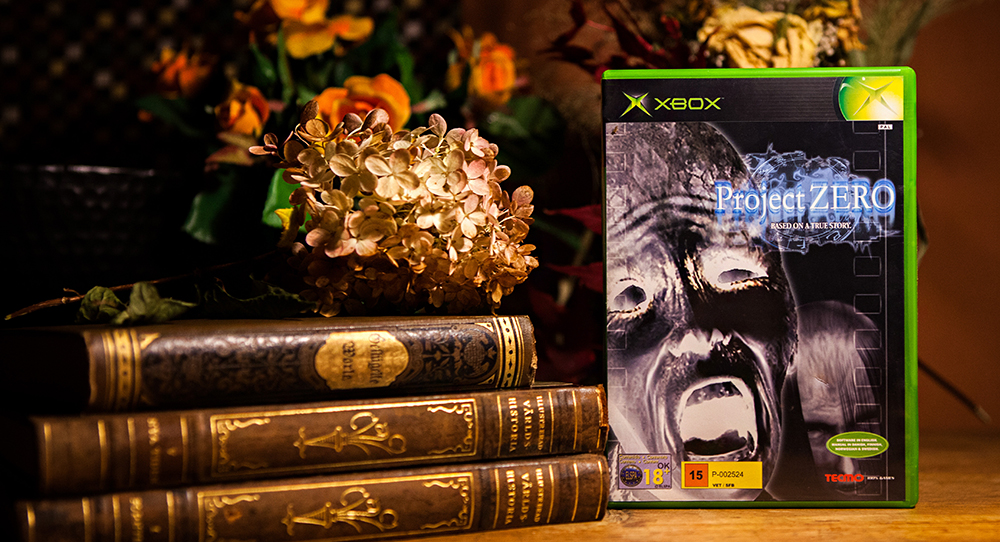