Yes! It’s time again for another Joystick concert! Joystick 9.0 is taking place at Malmö Live concert hall on Saturday the 25th of March! Don’t miss out on this amazing event! It’s the ninth year in a row that Malmö Symphonic Orchestra plays soundtracks from video games. It’s one of their most popular events 🙂

This year the concert will be focused on some of the most played soundtracks with music from video games such as Halo, The Elder Scrolls, The Legend of Zelda and GTA 😀 They’re also honouring the 20th anniversary of Final Fantasy VII by playing a bunch of songs from there!

These are the songs that will be played: 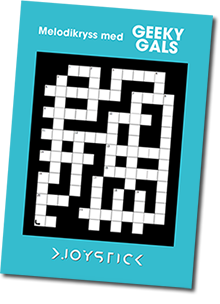 Hope to see you there! Meanwhile check out what happened at last years’ Joystick here >>